Health Insurance – Pay for a Plan or pay the Penalty? 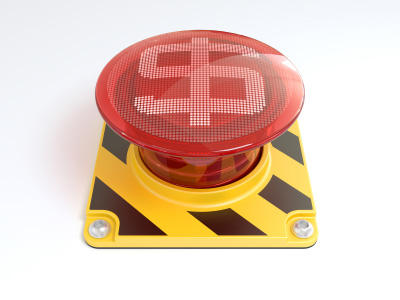 As discussed in Individual Mandate Is coming, the Patient Protection and Affordable Care Act (PPACA), includes an individual mandate requiring most U.S. citizens and legal residents to purchase and maintain a minimum level of healthcare coverage. To put some teeth into this mandate and encourage compliance, the Act penalizes individuals and families who choose to ignore the requirement.

If you are not one of the relatively few people who are exempt from the requirement due to religious reasons or lack of income, then you are expected to maintain Minimum Essential Coverage, or pay the government a penalty for not doing so. Many people believe that paying the penalty will be the cheapest course. For 2014, that may be true, but in 2015 and beyond, that option will become less attractive. There is also the likelihood that if too many people avoid the insurance in favor of the penalty tax, the government will raise the penalty until enough people switch.

How Much Will You Pay?

Exactly how much are these penalties? Many people have focused on the dollar amounts mentioned in the Act, without understanding that number is the lowest amount possible. The actual cost may be higher, as in 2014 the penalty will be the greater of $95 or 1% of income for an individual. The following table shows the penalty amount for an individual at various income levels over the next three years.

For a family, things get a bit more complex. The penalty applies to everyone in the family, but only one-half applies to children under 18 and the penalty caps at 300% of the individual cost. So for a family of four — two adults and two kids, the maximum penalty for low to medium income households would be 300% of $95, or $285.

The following table shows the penalty paid by a family of at least 4 persons, at the same income levels as the individual table above.

For a family, the maximum penalty is not reached until an income level of nearly $500,000 per year.

On the surface, it appears as though it will always be cheaper to pay the penalty, rather than obtain coverage. And for those that are very healthy, that may be true. But, it is important to note that all of the amounts shown above are paid without concern for additional medical expenses.

Choosing to proceed without insurance will mean that every medical expense will be paid 100% out of pocket. Contrast that with even the lowest level of coverage — bronze (where the enrollee pays 40% of expenses) — and you can determine that even relatively minor health issues can quickly cost much more than the penalty. So, pay for the coverage or pay the penalty? Ultimately the choice belongs to the uninsured individual. At the end of the day, the employee will look to his or her company for answers if possible. Understanding all aspects of PPACA will help you be more prepared and distribute better information to your employees.